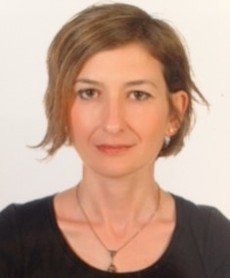 After working 14 years in private sector in the field of human resources, quality&corportate audits, I started keeping an eye on environmental issues especially after Fukushima nuclear disaster happened.My interest on nuclear issues made me contribute more to antinuclear struggle and this feeling pushed me make phd in sociology at present. But at first being a trilingual of Japanese, English and Turkish I tried to utilize my language capabilities to tell the realities about Fukushima. I voluntarily started written&spoken translations from Japanese to Turkish, I am also free interpreter . For the last two years I have been invited to Japan to study Fukushima so that, I shared all the information I have through articles. I mainly focused on the change in social life due to Fukushima nuclear disaster.As an antinuclear activist I became Project coordinator of Nukleersiz .org (Nuclearfree ) which is an informative web site established as a project of Green Thought Assoc. with efforts of specialists and received supports of scientists.Through Nukleersiz I also contributed to campaigns and we became a part of Fukushima &Chernobyl European Network and started to organize events during action weeks. My work is mainly on nuclear related issues but I know it is not apart from Government's human rights actions or approach to other environmental problems . This is why I believe it is always important to see the big picture especially in Turkey. For example as an activist if you criticize an investment of government/government suppported investment, it means that you are against government. For this reason unfortunately during the last 5 years activists faced with being labelled as anarchists in my country. The thing is that not everybody whoever labelled open a court case, some never takes action and prefer to keep silent. What I learned from our present situation is that environmental struggle we should never keep silent, in opposite we must be the ones whoever scream forever.

Rowing against Nuclear Energy in Blacksea. Power to the People!