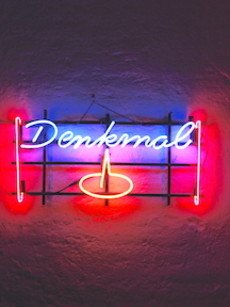 For over 30 years, Bertram Verhaag has made documentaries through his production company, DENKmal-Film. Those three decades have seen the production of around 140 films, including nine feature-length documentaries. As a producer, writer and director, Verhaag has committed himself to focusing on political, environmental and social issues. Today, he remains as determined, persistent and tenacious as ever. Verhaag concentrates on making films which bolster democracy and educate people in the widest possible sense. By focusing on characters who actively engage with important social questions, he aims to inspire and motivate viewers. He firmly believes that nobody should resign themselves to the idea that “There’s nothing I can do about it, anyway! ”Verhaag has just finished the tenth film in his GM series: “Code of Survival – Between Helplessness and Love”. Screenings of his films are often followed by heated discussions, and Verhaag is frequently confronted with an argument beloved of genetic engineering advocates: “The global population will soon reach 9 billion. Genetic engineering is the only way we can feed the world”. In “Code of Survival”, Verhaag thoroughly discredits this misconception. On the one hand, he illustrates the devastating impacts of the agricultural poisons on which genetic engineering depends – and which can now be detected in almost every one of us, even in countries where no GM plants are grown. On the other hand, he explores the alternatives: projects which have, for decades, produced ample quantities of high-quality food without using genetic engineering and agricultural poisons, whilst also generating income and profit for producers – and nourishing the soil instead of destroying it.

CODE OF SURVIVAL or the End of Genetic Engineering