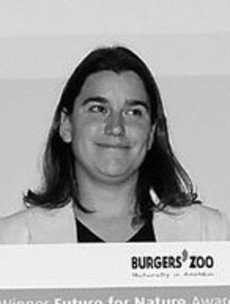 Barbara Galletti Vernazzani is a Chilean Civil Hydraulic Engineering. Starting in marine conservation, she was able to overcome challenges and achieve long lasting conservation goals. She has been awarded the Rufford Small Grants Foundation Innovation Award in 2006 and the Future for Nature Award in 2011. She is President of Centro de Conservation Cetacea and scientific advisor of the Chilean delegation at International Whaling Commission, member of the Indo-Pacific Blue Whale Consortium and curator of the Southern Hemisphere Blue Whale Catalogue.