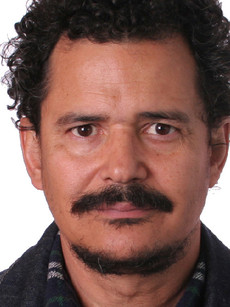 During 2000-2010 with my team of young scientists promoted farmer-led experimentation, creating teams of researchers, professors and NGos across Cuba to establish agrobiodiversity learning centres with farmers to broaden sustainable agriculture and seed biodiversity efforts in the island. Encouraging farmers to continue experimenting, we helped to organize farmers to promote and enhance crop diversity with one another, sharing their knowledge and best practices, as well as their seeds. Scaling up the experience from the bottom, we slowly gained the attention of the decision-makers and the international community. By 2007, we noticed a significant shift. Our core belief – that agricultural scientists must work with and learn from the farmers whose families have passed down traditional knowledge about crop cultivation – began to take root. Fellow researchers and senior officials at the National Institute of Agricultural Sciences and other research organisations observed that farmers were now planting hundreds of varieties of crops without using chemical pesticides. In communities that once harvested only a few crop varieties, farmers were now cultivating many varieties of beans, rice, maize and other crops. Not only did food production increase via this approach, but the organic methods used also contributed to the sustainability of the land. Today, more than 50,000 farmers participate in seed biodiversity initiatives and carryout the farming practices promoted by my team and the national network of universities and researchers supporting agrobiodiversity. We realised how this work carried out in Cuba had a strong potential to improve food security not only in the island but also in many countries were plant breeding had been organised in a top down model. Then the Cuban experiences was recreated by Bolivians and Mexicans with interesting effects in farmer’s livelihood.