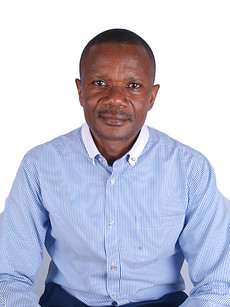 I am a dedicated and passionate conservationist with a deep understanding not only for the needs of forest biodiversity in Tanzania but the needs of people who live in and benefit from them. In 2004, I co-founded a local NGO based in south-eastern Tanzania to simultaneously address these social, economic and environmental challenges. Through my NGO, Mpingo Conservation & Development Initiative (MCDI), I pioneered community-based forest management in Tanzania, and indeed Africa. MCDI currently provides support to more than 55,200 rural men, women and children in 33 communities across the south-eastern part of the country. In these communities, MCDI uses a grassroots approach to solve forest conservation and development challenges by creating opportunities for local people to benefit economically from sustainably managing their forests. MCDI supports communities to secure ownership over local forests and to responsibly harvest and market forest products. This offers incentives for local people to conserve their forests as economically valuable assets. MCDI helps communities to generate equitable and long-lasting forest-based income by selling hardwood timber, one of the most valuable resources in southern Tanzania. In 2009, MCDI was awarded the first (and still the only) Forestry Stewardship Council (FSC) certificate for natural community forests in Africa. Also in 2016, I won two prestigious International Conservation Awards in two months, the Whitley Award for Nature and the National Geographic Society/Buffet Award.