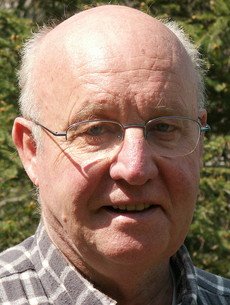 Binding-Prize for the Protection of Nature and Environment , 2013

Speich is a Swiss citizen and studied chemistry and forestry at the ETH Zurich. From 1982 to 1985 he was advisor at the Kenya Forest Department such as head of the forest Estate City of Zurich. He globally contributed to the planting of around one billion trees. With his retirement in 1995 he became an activist in eco-tourism. Speich has been awarded the Swiss Main Price: Nature and Landscape from the Ford Foundation. and is both honorary member of Swiss Pro Natura and winner of the Vaduz Binding Foundation Main-Price: Nature-Protection / Environment-Protection. He is the author of the climate novel "Heißzeit", Passagen Verlag Vienna 2015. At present he is working on the promotion of globally operating Air Forest Fire Fighting Fleets, capable to discharge 500 to of water per hour by of each such aircraft squadron. Each squadron will operate about 15 water bombers, e.g. Be200RR. 7 -10% of annual CO2-increase are from suppressable forest fires.