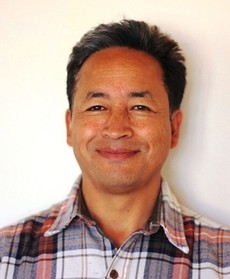 I am a mechanical engineer turned education reformer from Ladakh. I have mostly worked in the field of education reform for more than 27 years. I founded SECMOL which aims to bring reforms in the government school system in Ladakh and as a result the pass percentage at 10th grade (matriculation) rose from the dismal 5% to 55% in seven years and 75% these days. For students who still fail their state exams, I founded the SECMOL Alternative School Campus near Leh, a special school where the admission criteria is failure in exams and not grades. However with the supportive and creative environment at the school, the so called failures have excelled in their chosen fields and risen to international acclaim as entrepreneurs, film makers, politicians, teachers and so on. As an engineer I have been teaching innovation at the SECMOL Alternative School, where together with the students we designed and built solar heated buildings that are low cost, made of earth/ mud but maintain +15 C even when the outside temperature is -25 C in Ladakhi winters. In order to solve the water crisis facing mountain regions due to climate change and fast melting glaciers we invented the Ice Stupa artificial glacier which stores the wasting stream waters in winter in the form of giant ice cones or stupas and release the water in late spring as they melt... just when farmers need water. I believe in turning problems into opportunities and innovating using the simplest principles of science and technology to help fellow human beings and to heal the mother earth. I was granted several other awards and titles, such as UNESCO Chair for Earthen Architecture for India 2014, ‘Real Heroes’ Award by CNN IBN Channel in 2008, ‘Green Teacher’ Award by Sanctuary Asia Magazine in 2005, Ashoka Fellowship in 2002, ‘Man of the Year’ by The Week magazine in India in 2001.

Win a trip to the Educational Conference in September 2017 in Ladakh, India