Current policies on the burning of coal, oil and gas are making it harder and harder to reach the international goal of limiting global warming to 2°C above pre-industrial levels, let alone the 1.5°C target called for by the least developed countries and small island states, whose very survival is threatened by climate change.

Economic policies in nearly all countries are increasing, not reducing CO2 emissions – the main culprit behind global warming. Fighting climate change and achieving economic growth are too often regarded as an either-or choice.

At the Paris climate summit in December 2015, 194 countries will meet to adopt a new climate change agreement. Countries are being asked to come forward with their own ambitions and plans for curbing carbon emissions.

Pricing carbon is the most cost-effective way to reduce emissions and at the same time to catalyse the economic paradigm shift the world needs to survive. The carbon price stimulates clean technology and market innovation, boosting new, low-carbon drivers of sustainable economies.

Taxing carbon emissions creates the incentives to encourage decision-makers at all levels of society to reduce CO2 through less use of fossil fuels, more renewable energy, and increased energy savings.
The carbon tax could start relatively low to ease in the transition (e.g. $5/t CO2) and be ramped up annually (e.g. $1/t CO2) to maximise effectiveness.

Carbon taxes have major advantages over CO2 trading schemes. They are easy to administer, can be made predictable and are less vulnerable to cheating and loopholes.

Revenues should partially be used to finance the international Green Climate Fund to help developing countries mitigate and adapt to climate change and maintain healthy ecosystems.

We, winners of the world’s environmental prizes attending the 4th International Convention of Environmental Laureates, call on governments to introduce a tax on CO2 emissions and to phase out fossil-fuel and nuclear subsidies to help put humankind on track to avert catastrophic climate change. 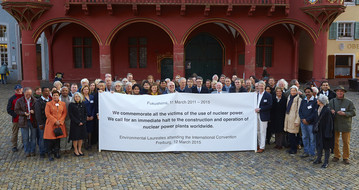 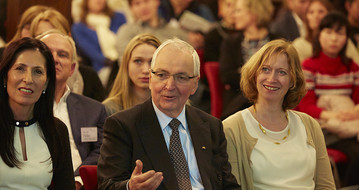 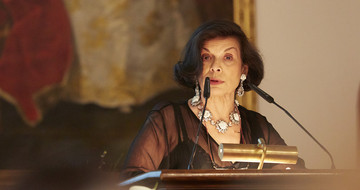