Mr Dallmann: After two and a half-days with over 100 environmental award winners and activists from around the world gathering together in Freiburg. What conclusions do you draw?

The third meeting was the most intense yet. The environmental award winners have advised, supported and are networking with each other, consequently our aims are being achieved. In addition the convention included both current topics and a range of other diversified topics. In his presentation “Blue Economy” Günter Pauli called on each and every one to develop ideas to bring about economic change. Paul Walker delivered an up-to-date report on the destruction of chemical weapons in Syria to the participants and Raluca Radu presented the first Fairphone of the world developed by a young company, it was an excellent example illustrating that a responsible business is possible if you only want it.

What types of contacts do the Laureates build during the conference?

It is clear that those who come from the same areas build new alliances together. They inform each other because they see that they ultimately have the same problems, even if they come from different continents. How can I defend myself against the State? How do I use social media? How can a protest be best organized and strengthened? Or how can cross-border work with the new media and ultimately give more weight to resisting specific measures? These are the same questions that concern so many participants.

You have previously stated that this public event where the environmental and conservationist participants come from countries where civil rights are not taken for granted; it makes them a little safer. How do you envision that?

First of all the contacts that are established by many participants during the Convention strengthen their moral position. They see what is possible in other countries and what other environmental activists do. We protect our subscribers through the institution of this Convention. It is observed by Governments in the European Union so that we also have the possibility in cases of danger to establish an effective public forum. We have contacts not only with other foundations but also in Government circles and therefore are a power that you cannot just go over.

It was the third event of its kind. With many participants being new faces who must first get know each other, or are the attendees quasi regulars in Freiburg?

About one-third of the prize-winners have attended already in the past few years. From these participants we hear that our event has evolved. At the beginning there was still mistrust because we had simply issued invitations to this Convention and funded it. The second time the participants were already confident about it and used the opportunity to exchange with other. A year ago the desire was expressed to have more networking; on that point we picked up and facilitated it this year.

Representatives of federal and provincial government speak to the participants during the programme...

Over that we are very happy. We had not only outstanding guest speakers and panellists, there was Baden-Württemberg Minister of agriculture Alexander Bonde and Parliamentary State Secretary Rita Schwarzelühr-Sutter from the Federal Environment Ministry this year and also EU climate Commissioner Connie Hedegaard gave a greeting. This shows us that this meeting is taken seriously by representatives of the Government. There is no doubt that having Klaus Töpfer as our patron helps us.

In other words, there will be a meeting next year of "environmental laureates"…

It was complex to bring 100 personalities from all over the world to Freiburg this year. Does the European Environmentl Foundation need support and sponsors, to perhaps bring together more people next year for networking?

Yes of course. Such events need more supporters it is still our main aim to fund the next event. Because there is no fixed financing and also no concrete assurances, we are dependent on the cooperation of very many. But we have already received quite a few suggestions for the next meeting and inquiries from other cities about the programme. Many observers find our concept very interesting.

Can you name any potential applicants?

Definitely not. That is strictly confidential. However at the moment Freiburg is still in the first place.

About the European Environment Foundation:

Organizer of the convention is the European Environment Foundation whose board of trustees is made up of 16 figures with substantial knowledge and experience of environmental matters, such as Professor Ernst Ulrich von Weizsäcker, Monika Griefahn, Marcello Palazzi, Professor Antonio Luque and Giovanna Melandri.  The chair of the board of trustees  is Eicke R. Weber, director of Europe's largest solar research institute, The Frauenhofer Institute for Solar Energy Systems.  Founded in 2011, the European Environment Foundation wants to set new impulses in environmental and climate politics.  Its aim is to promote communication and global exchange of expertise across and beyond society, politics, research and the economy. 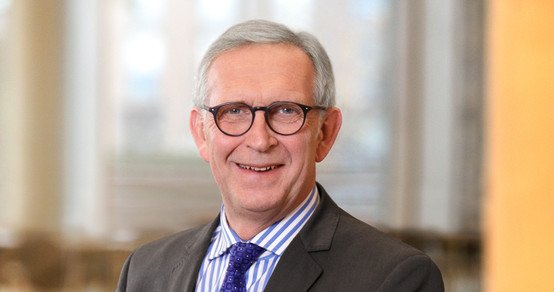