Basel/Freiburg, 7 March 2016. This year, the International Convention of Environmental Laureates, which is hosted in Freiburg by the European Environment Foundation, is being supported by an online service for the first time. The online EnviroNetwork platform gives participants the chance to discuss their projects with each other and to make initial contacts before the start of the Convention. EnviroNetwork (www.environetwork.eu) offers a wide range of opportunities to members. For example, participants can present themselves and their projects in detail using powerful images, while the search function enables visitors to the website to filter the information quickly and selectively.

The extension of the International Convention of Environmental Laureates to include an online platform allows laureates unable to attend the event in Freiburg to network with people from around the world. Furthermore, www.environetwork.eu provides all citizens of Freiburg interested in environmental issues with a simple way of finding out more about the International Convention of Environmental Laureates, individual projects and the laureates themselves.

The EnviroNetwork project has been made possible with the support of the German Federal Environmental Foundation (Deutsche Bundesstiftung Umwelt DBU). After the Convention, the environmental network can be used to build lasting links between the participants.

EnviroNetwork
In addition to enabling environmental laureates to network with each other online, the project, which is being sponsored by the German Federal Environmental Foundation (Deutsche Bundesstiftung Umwelt DBU) until the end of 2017, is open to businesses, NGOs, environmental activists, pupils, students, schools, the media and press representatives. Anyone interested in the service can visit www.environetwork.eu to find out more or create their own profiles and projects.

About the European Environment Foundation (EEF):
Launched in 2011, the European Environment Foundation aims to give new impetus to environmental and climate policy. It has set itself the objective of promoting communication and expert discussions between members of society and those involved in politics, research and industry worldwide and across all disciplines. The Foundation’s Board of Trustees comprises 16 distinguished figures from the field of environment and climate protection: Manuel Collares-Pereira, Amalio de Marichalar, Monika Griefahn, Rainer Griesshammer, Peter W. Heller, Sigrid Jannsen, Gerhard Knies, Jeremy Leggett, Antonio Luque, Giovanna Melandri, Marcello Palazzi, Dieter Salomon, Virginia Sonntag-O’Brien, Simon Trace, Maritta R. von Bieberstein Koch-Weser and Ernst Ulrich von Weizsäcker. Prof. Dr Eicke R. Weber, Director of the Fraunhofer Institute for Solar Energy Systems, is the Chairman of the Board of Trustees. The Foundation was established by its board members, Dr Bernd Dallmann and Dipl.-Ing. Rolf Hiller. 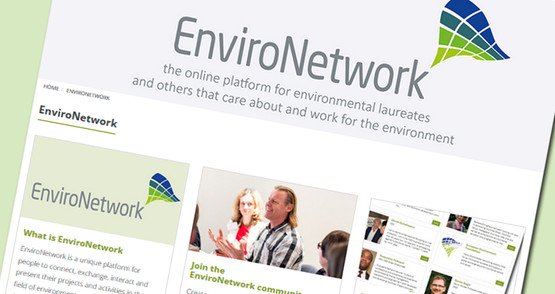